Meet Roxana Martin: A Process Engineer on a Journey to Citizenship! 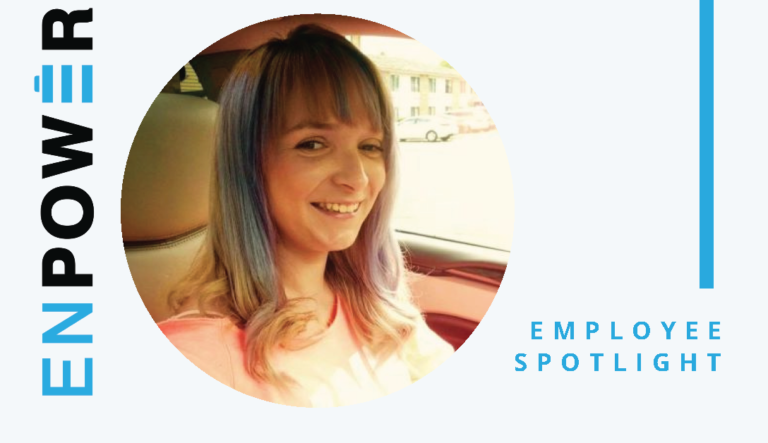 Roxana Martin, a Process Engineer at EnPower, Inc., is in the final stages of receiving citizenship seven years after moving to the United States from Romania. Her family relocated in 2014 to begin a new life.

Her journey to citizenship began in 1995 when her Aunt applied and won the Green Card Lottery. Upon receiving citizenship in 2000, she petitioned to bring her siblings (including Roxana’s mother) to the United States. Roughly 14 years later, Roxana’s family received their green cards and began the move from Romania to a new country.

Roxana was 23 years old when she immigrated to the U.S. Although she had fond memories in Romania, she believes much of her success stems from being in the United States. “I had an amazing childhood,” Roxana shared, “but if you want to succeed and do something with your life, you can do it here.” Her parents were always very supportive and pushed her to achieve anything in life.

Roxana has built a career, a family, and a new home during her time in the United States. Citizenship is the final stage of her journey and she now sees the light at the end of the tunnel. Seven years after moving here, Roxana is taking the last test required in her path to citizenship. For anyone who is going through this process, her best advice is: “be patient.” She and her family have been on a very long course but in the end, she believes it’s all worth it.

Upon moving to the United States, she began working for a large company and started to climb her way up the lab technician ladder. Roxana joined EnPower in May 2020 as a Process Engineer. She is thrilled to be working for a startup because it allows her the opportunity to flourish with the company. “EnPower allowed me to grow and be successful in this field,” she said, “I appreciate companies that give everyone a chance.”

Working in the field of engineering never intimidated Roxana, who says, “There are more women in this field than you think.” She was largely influenced by her aunt who was a Senior Chemist and very passionate about her work. Throughout her journey, Roxana has developed the mindset that anything is possible if you work hard.

Another woman with a positive influence on her experience as an engineer is Annette Finsterbusch, President & CEO at EnPower. “She’s awesome” Roxana shared, “You need to find someone that’s going to believe in you, and she did.” Having such strong female roles in her life has pushed her to feel more confident in a field she believes more women are slowly creeping into.

Her advice for any aspiring engineers is: “It might seem overwhelming but, in the end, it’s worth it, that’s all I can say.”

EnPower is thrilled to have Roxana on the team and looks forward to watching her grow as both an engineer and now, an American citizen!

“If you want to succeed and do something with your life, you can do it here.” 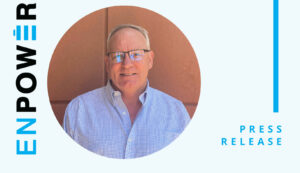 Earl Wiggins brings to EnPower over 30 years of operations and technical leadership and will lead EnPower's multi-phase expansion plan. 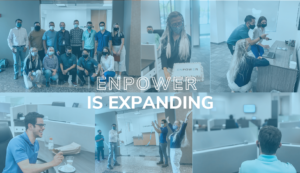 EnPower, Inc. has opened a new headquarters in Phoenix, Arizona to expand the executive, business development, and sales teams.

EnPower celebrates the journey and achievements of Roxana Martin, Process Engineer, who has recently achieved citizenship in the United States after immigrating from Romania in 2014.