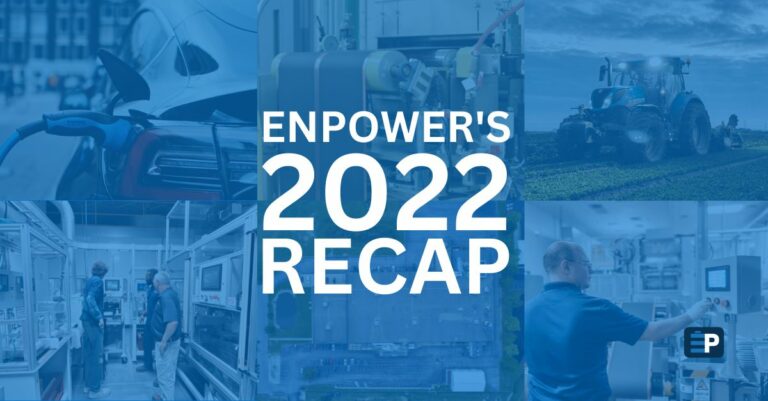 In 2022, EnPower saw the launch of a new manufacturing facility in Indianapolis, the first production-scale electrodes with multilayer technology, a successful grand opening, and many more noteworthy highlights. In just twelve short months, EnPower went from a small startup to one of the largest American-owned, privately held lithium-ion battery cell manufacturers in the United States.

Every day EnPower is finding new ways to advance battery technology. With the upcoming ability to produce well over 800 MWh, they are able to meet the needs of customers and underserved battery markets. Over the next decade there will be a huge demand for batteries, and EnPower will be one of the many US manufacturers guiding the transition to a cleaner future.

Looking ahead to 2023, the EnPower team will continue to focus on expanding their reach and deepening their impact. They look forward the next phase of battery production in 2023 and remain committed to building better batteries. Check out EnPower’s 2022 highlights below:

March 4: President & CEO Annette Finsterbusch speaks on a panel for Women in “A Guide to Raising Capital in 2022 as a Woman in Cleantech.”

April 12: EnPower relocates headquarters and R&D line to Indianapolis, IN.

May 10: The offices of U.S. Senator Todd Young and U.S. Representative Victoria Spartz visit EnPower to learn about the battery manufacturing expansion plans for Indiana.

May 27: Annette Finsterbusch, President and CEO of EnPower, Inc., is appointed to a two-year term on the prestigious National Advisory Council on Innovation & Entrepreneurship (NACIE).

August 22: President & CEO Annette Finsterbusch is featured on LinkedIn with her piece, “To Address today’s climate crisis, we need a battery revolution. Here’s how we get started.”

October 24: Indianapolis Business Journal recognizes EnPower’s move to Indiana and the ability to meet the needs of underserved battery markets in this article, “EnPower’s pivot to Battery-Making Leads Company to Indianapolis.”

December 17: EnPower celebrates one year since acquiring its manufacturing facility in Indianapolis, Indiana. 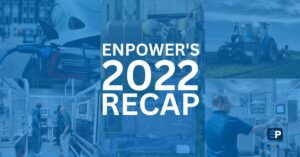 In 2022, EnPower went from a small startup to one of the largest American-owned, privately held lithium ion battery cell manufacturers in the United States. 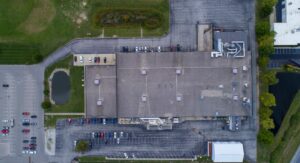 EnPower, Inc. opens a new facility that is dedicated to producing American-made lithium-ion batteries, a crucial component of our zero-emission future. 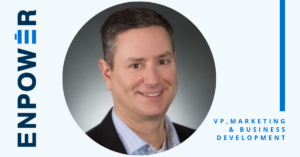