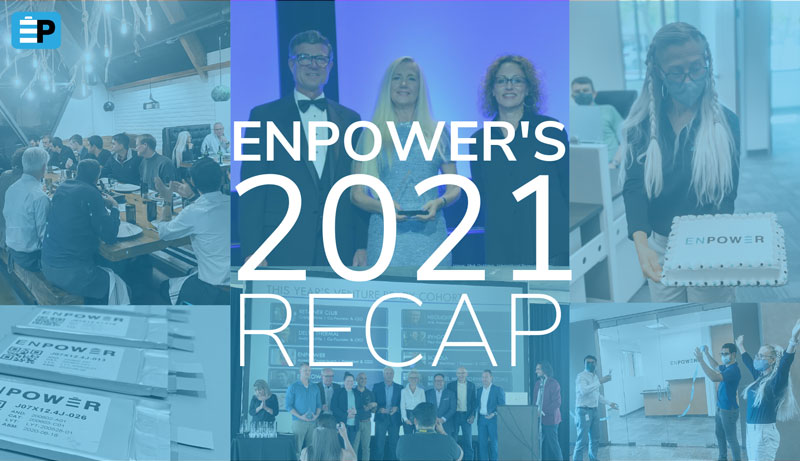 This year was full of major milestones for our team. We have so much in store for 2022, but before we charge ahead let’s review some of our greatest accomplishments from 2021.

The $1 million EmergeAZ Fast Grant Fund was created in partnership with Governor Doug Ducey to provide resources to entrepreneurs and startups in Arizona with emerging technologies.

In March, EnPower announced it received a contract award from the United States Advanced Battery Consortium. The 9-month contract began in February 2021 and focused on demonstrating EnPower’s multilayer electrode technology in the anode and cathode of a BEV-class energy cell to meet USABC’s fast charge targets.

EnPower won the Outstanding Venture Award for the Commercialization Stage Track at the 2021 Industry Growth Forum.

EnPower was selected as a top 5 cleantech innovator from a field of 40 companies that pitched to a panel of judges. This event is held for cleantech entrepreneurs, investors, and industry experts to develop relationships and demonstrate cleantech an array of innovative technologies.

President & CEO of EnPower, Annette Finsterbusch, Named CEO/Leader of the Year by Girls in Tech Phoenix

This award was announced at the annual Girls in Tech Phoenix Gala on August 20, 2021. Our team at EnPower was honored to celebrate this achievement and help share the GIT mission of empowering the next generation of female leaders!

EnPower was featured in a profile about startups who are reconfiguring the lithium-ion battery and solving the “traffic problem.”

As an Awardee of the 2020 Arizona Innovation Challenge (AIC), EnPower participated in the year-long Venture Ready Accelerator, a mentor program that connects top Arizona startups with coaches, resources, and a community of innovators.

EnPower is Named Innovator of the Year – Startup at the Governor’s Celebration of Innovation.

EnPower won the award for “Innovator of the Year” in the startup category at Arizona’s Celebration of Innovation award ceremony.

EnPower will open a customer qualification facility in Indianapolis, IN to commercialize advanced Li-batteries containing its patented multilayer electrodes. EnPower will use this facility to produce qualification samples in 2022 and ramp production to 800-MWh in 2023. 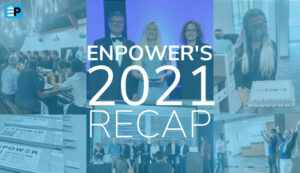 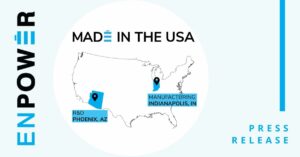 EnPower will add 800-MWh of advanced Li-ion cell manufacturing capacity in its customer qualification facility in Indianapolis, IN. 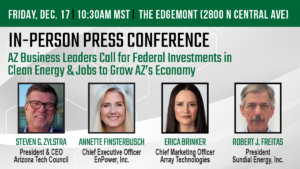